The Science Content Standards for California Public Schools proposes that the science curriculum has as its goal forming “scientifically literate citizens in the twenty-first century.” This means that by the time students graduate from high

school, they should understand the “core concepts, principles, and theories of science.” Unfortunately, this list leaves out several things that should be even more important goals of a science curriculum.

Francis Bacon, the 17th century Chancellor of England who was the great inspirer of modern experimental science, stated what he considered its two goals. In encouraging mankind to join him in his great project, he wrote:

For I am building in the human understanding a true model of the world…the Creator’s own stamp upon creation, impressed and defined in matter by true and exquisite lines. Truth, therefore, and utility are here the very same things; and works themselves are of greater value as pledges of truth than as contributing to the comforts of life. 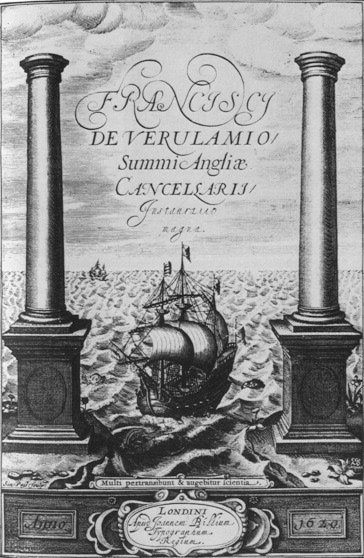 Bacon held out to his countrymen the hope of gaining control of nature so that the effects of original sin could be ameliorated. But power over nature comes only through really knowing nature; and knowing nature, God’s handiwork, is the greatest good to be gained from the great labors of painstaking observation, careful experimentation, and laborious thought.

When I think back on my own education, if my encounter with science had been limited to what I learned in school, I think I would never have experienced the excitement Bacon tried to communicate. One benefit of watching too much television as a youngster was a strong sense of the marvelous in nature. Programs like Wild Kingdom presented fascinating pictures of animals, their sometimes fantastical adaptive organs and unbelievable instincts. PBS shows like Cosmos opened to me the incredible universe, with black holes and supernovae, galaxies and quasars, beginning a life-long interest in the discoveries of astrophysics. Other shows excited an appreciation for the good that science has brought about for man. I remember one show on the history of technological developments that explained how monastic improvements in irrigation technology helped bring stability to medieval economies.

My admiration for science was also developed by many books I read. I remember enjoying the Danny Dunn series of science fiction/adventure stories, where Professor Euclid Bullfinch always had something amazing he was developing that led Danny and friends into trouble and then got them out again. Another book that left a great impact on me was about great medical pioneers, which I read several times. I still remember many of its remarkable stories, like William Beaumont healing a man who had blown a hole in his stomach. The tube he placed in the stomach to save the man allowed Beaumont (with the man’s permission) to observe the digestive process directly. In this way, he discovered the importance of organic chemicals in the digestive process.

To be “scientifically literate” means more than just knowing the vocabulary and the “latest” theories – it means caring deeply about the whole story science tells about the world and ourselves. It also means being able to understand how reliable the story is. The California standards never mention “critical assessment of contemporary theories” as an aspect of scientific literacy. Students are so busy trying to cram definitions, laws and, above all, formulae, into their heads that they never raise questions such as, “How do they know all this?” or “Are there other ways of explaining these facts?” or “Are there difficulties with this theory?” The failure to encourage questioning minds in students became glaring during the “Great Pluto controversy”, when millions of our scientifically literate citizens were shocked that “My Very Excellent Mother Just Served Us Nine Pizzas” was not Biblically-infallible! Nor do contemporary curricula explain to their students that the 25-year-old theories they are suffering through are likely already passe to those who are currently trying to make sense of the ever-more mystifying world of Nature.

Wondering, questioning, penetrating, praising – these activities of the scientifically aware mind need to be developed in students as much as, if not more, than their ability to understand and apply the formulae.