The Math of Music 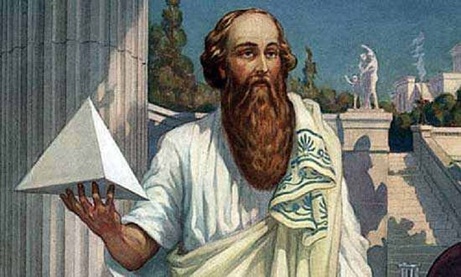 I distinctly remember my first whiff of the ancient idea that music is a liberal art. I was probably 9 or 10 years old. My older brother and I were listening to some music (maybe a cool early Elton John album my brother owned), and he mentioned that he had learned in school that Bach’s music was all mathematical. I was astonished and offended. How dare someone say that music could be mathematical! Music was beautiful, exciting, fun, emotional — there was no way it could be mathematical. That would take away our humanity, our freedom.

During my college years, I took the required year-long tutorial in the mathematics of music. Much to my surprise, it was one of my favorite courses, one which opened a whole world of contemplation I had never known, and one which helped me understand one of the most important aspects of our day-to-day life. It was not really a very demanding course, because most of what we learned was pretty straightforward, understandable to anyone who can multiply and divide fractions.

And it was freeing. The liberal arts are supposed to be those studies appropriate for the man who is free to choose to study what he wants, the ones that teach him what it means to be human and free him from error. No matter how rich I might have been, how unnecessary it would have been to ever work for a living, I would have taken that music course.

Music as we normally think of it is a fine art, that is an art that teaches us how to make something beautiful and enjoyable for its own sake. But the liberal arts are different. They also teach us to make something, not something that we can hear or see, but rather something we only imagine or understand. Geometry’s figures might never exist outside of our minds, but that doesn’t matter — we can understand them perfectly without ever needing to really make them. They are fascinating precisely in their perfect character in our imaginations.

Music as a liberal art is like that. It teaches us to find the mathematical characteristics that make for beautiful music, whether or not we can keep perfect time or  precisely tune strings and voices to make those perfect pitches. Its mathematical explanations are based on interesting characteristics of numbers.

This is most manifest in rhythm. For us to hear any music, we always have to be counting. Take a song like “Scarborough Fair” or “Sing of Mary”. Beat the first bit with your hand or fingers on a table. You can hear a recognizable pattern, made up of the time intervals between the beats. Some are longer, some are shorter, some (at least in“Scarborough Fair“) are shorter still.  Although you can’t hear it determinately, the longer time intervals are twice as long as the shorter time intervals. The pattern of beats is the rhythm of the music. We can only hear this pattern because we are instinctively counting the time intervals. We can only make music by making numerical patterns in the time intervals. We can vary music by varying the unit of time that we use, so it is faster or slower, or by varying the emphasis for each beat, or by varying the length of time between each beat.  Almost all of the variations are in in multiples or fractions of 2 and 3 — half notes, quarter notes, 4/4 time, 3/4 time. Hardly ever a multiple of five. So even the rhythms of very complex music can be heard and enjoyed and understood through 2s and 3s.

The numerical character of rhythmic patterns are manifest.  Anyone can hear it if they pay attention. Without it, music cannot be communal. All musicians and singers have to learn it in order to read the music that someone else has composed. In order to play together or sing together, a group of people have to have a common counting, both tempo and meter. This is the most important job of the conductor — to make sure everyone in the orchestra is counting in the same way.

The other aspect of music — pitch — also depends on number. But this is not manifest at all. Its discovery marked one of the great developments in human thought. To understand this, it is worth taking a moment to get familiar with a piano keyboard. (If you don’t have access to a piano, an app like My Piano for Android will work.) When you look at a keyboard, you will immediately notice that there are white keys and black keys. If you look a little harder, you will also notice that the smaller black keys are in groups of 2 and 3, with gaps between. Find the white key to the left of any group of 2. If you start with that key (called a “C”), and play upwards, you will hear the familiar “Do, re, mi” scale, ending on do at the next group of 2 black notes. The keys are named alphabetically through G, the eighth letter of the alphabet, and then re-start from A — C, D, E, F, G, A, B, C.

One fundamental fact about pitches is that, when played simultaneously, different pitches often clash, though some sound good together. Play any two adjacent white keys (an interval called “second”) simultaneously. This should sound a little sour or jarring. If you play a white key and an adjacent black key, it will sound even more jarring. Next, play two keys that are separated by three white keys (a “fifth”) — a C and a G, for example. Most often they will sound very nice together. Intervals of a second or smaller are said to be dissonant, that is they sound (Latin sonant) in a way that just doesn’t mesh. Intervals of a fifth are said to be consonant, or “sounding together.”

Musicians had long recognized the difference between consonant and dissonant intervals, and used them in their compositions, and in the way in which they constructed their instruments. But, according to the stories, no one understood why some intervals sounded good together and others didn’t. Pythagoras, a Greek philosopher who believed that the whole universe was mathematical, stumbled on the answer when walking by a smithy one day.

One day while meditating upon the problem of harmony, Pythagoras chanced to pass a brazier’s shop where workmen were pounding out a piece of metal upon an anvil. By noting the variances in pitch between the sounds made by large hammers and those made by smaller implements, and carefully estimating the harmonies and discords resulting from combinations of these sounds, he gained his first clue to the musical intervals of the diatonic scale. He entered the shop, and after carefully examining the tools and making mental note of their weights, returned to his own house and constructed an arm of wood so that it extended out from the wall of his room. At regular intervals along this arm he attached four cords, all of like composition, size, and weight. To the first of these he attached a twelve-pound weight, to the second a nine-pound weight, to the third an eight-pound weight, and to the fourth a six-pound weight. These different weights corresponded to the sizes of the braziers’ hammers.

Pythagoras saw that the weights that made consonant intervals had simple numerical relationships to one another, and that the more complicated the ratio, the more dissonant the interval. A fifth was produced by weights that had a ratio of 2:3, while a second was produced by weights that had a ratio of 8:9. Once he discovered the ratios, Pythagoras discovered that he could reproduce the intervals in many different media. Plucking similar strings cut to lengths that corresponded to the numerical ratios produced them — a string 2/3 the length of another made a fifth, 8/9 made a second. Or striking similar glasses with water at heights matching the ratios also produced the intervals. It is easy to experience this for ourselves by using glasses or playing a single guitar string held down in different positions and measuring the length of the portion that vibrates. (One of the most entertaining of explanations of Pythagoras’ discovery is Walt Disney’s Donald in Mathmagic Land.)

His conclusion? Somehow our ears hear these numerical ratios, and our souls are pleased or displeased by them. He concluded that the real ratios were to be found in the sound waves produced by the instruments, which must be vibrating with frequencies that matched the ratios he had discovered. When an interval of a fifth is played, one sound wave is vibrating our ear exactly one and half times as fast as the other (or three beats for every two). He could not measure them as we can now (C in the middle of the piano causes a string to vibrate over 250 times per second), but he could detect them with his mind, and hear them with his ear and soul.

With this discovery, the liberal art of music was born, which teaches students how to identify the complex numerical relationships that arise when we hear music of different kinds, make them intelligible by resolving them to the numbers that underlie them, and help us understand why they affect us as they do. The liberal art, as the compositional art, has developed over the centuries, taking into account modern discoveries like the amazing overtone series and modern developments like the equal-tempered scale.

The traditional importance, the moral and intellectual advantages, and the relative ease of the subject make it astonishing that the liberal art of music has been completely neglected by all schools, including those returning to the liberal arts as the basis for their curriculum. Music is continually about us, morning, noon and night. It affects us so deeply. Dorothy Sayers warned us about sending our young out unarmed against the sea of words that assaults them everywhere; certainly music is as pervasive and even more powerful than soap box advertising.

Pythagoras thought of music as something divine, for it exercised such a mysterious effect upon the most inward soul of man. But was the divine something uncontrolled and unaccountable, or was it ordered and Logos-tical? And what about man? Are the emotions which are aroused and expressed by music dark, wild energies, or responses to intelligible beauty? These questions are still crucial today. Without the liberal art of music, our young are deprived of one more important factor in understanding the questions and beginning to answer them.