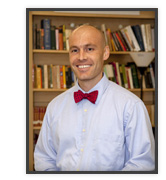 We realize, however, that many people don’t quite know what to make of this course.  Few parents have studied logic, though they generally approve because it sounds rigorous. Students expect it to be daunting. Others claim to have studied logic in middle school, but this usually means they have learned a few fallacies and know how to draw Venn diagrams.

We have developed a way to teach logic to sophomores that is rigorous – college level even – but still interesting, fun and, crucially, one at which all students can succeed. We offer this brief explanation of our rationale and an outline for those who might wish to use it as a resource.

Our first year Grammar course is a yearlong prolegomena to Logic. Grammar and Logic are, together, the cornerstone of our Catholic, Classical, College Preparatory curriculum ordered to the greater glory of God.

Logic has to do with the criteria of coherence in reasoning. This coherence is not merely something our minds aspire to in thought but rather a feature of the reality about which we reason. The Logos in whose image we were created is the same Logos in whom the cosmos coheres.

Logos is not a competing explanation for the world and the working of things in it but rather the underlying rational principle which accounts for the intelligibility of the cosmos and our ability to devise coherent explanations and predictions using both natural languages and the language of mathematics. Famously, Eugene Wigner wrote of “The Unreasonable Effectiveness of Mathematics in the Natural Sciences;” it is true that mathematics is amazingly effective in the natural sciences, but this effectiveness is actually entirely reasonable given that the Reason who created Nature also created us in His image. The possibility of, and the impulse to, science follow from our theology and this truth is demonstrated from the very beginning with Adam’s cataloguing of the animals (naming them according to the Word) at God’s direction.

Similarly, the stories of people and peoples, which provide the subject matter of history and literature, are made both intelligible and worthy of study because of the human nature we all share as persons made in the image of God. This common image is precisely that which renders the faculty of imagination so critical for growing in historical and moral knowledge.

Logic, then, not only enables students to more competently study other subjects, it also helps them understand just what they are doing when, for example, they study biology. “Bio-logy” does not mean “the study of life;” rather, the study of biology is the study of the logos of bios. This is important because it provides a basis for confidence (with the appropriate level of humility) in the reality of truth and our ability to discern it. Our logic course helps students see the coherence of purpose in STMA’s curriculum. Knowing why we do what we do helps them understand why their classes are so different in form and content from those of their peers at other schools.

Logic is properly at the core of a classical liberal education, one ordered toward freedom, because freedom is impossible without truth and coherence is one criterion of truth. Grammar, a necessary foundation for Logic, has to do with another criterion of truth – correspondence – insofar as it engenders in students the capacity to craft sentences of sufficient clarity and precision to be judged either true or false. Moreover, the three fundamental laws of logic – Non-Contradiction, Excluded Middle, and Identity – are also fundamental to grammar; training students in the rules of grammar prepares them to grasp these laws more readily when they are presented explicitly in Logic.

Finally, logic is properly at the core of a college preparatory education because it prepares students to evaluate arguments when they read and to make arguments when they write and speak. Furthermore, it inoculates Christian students against arguments that challenge their faith and prepares them to make the arguments in defense of the hope that is in them.

In the fall students learn formal logic, but the year begins with a general introduction to logic and its place in our curriculum. Students learn what “logos” means by seeing it in contrast with “mythos.” We review some of the creation myths they studied in 9th grade Ancient History and Literature, and discuss the transition from mythos to logos as forms of explanation for the world and its phenomena. We consider the different ways this transition is manifest among the Greeks in the thought of the pre-Socratics and among the Hebrews in the Pentateuch.

Next, we introduce the three fundamental laws of logic and show how the correspondence between the laws of thought and the laws of reality make science possible. Not only can a statement not be both true and false at the same time and in the same way, no feature of reality can both exist and not exist at the same time and in the same way. We spend some time looking then at logos in Scripture – at how it is implicit from the outset in the creation stories in Genesis, used by various characters such as Daniel (Daniel 13), and explicit in such passages as John 1, Colossians 1 and Hebrews 13:8.

Then we begin to look at arguments. Students learn what an argument is, what its parts are, and how to distinguish between deductive and inductive arguments on the basis of the strength of the inferential claim. Then they learn to symbolize statements using the five operators and to determine the validity of deductive arguments using truth tables. The truth tables allow them to see the truth functions of the logical operators. This prepares them to learn and to demonstrate the 18 rules of inference and replacement they will need for proofs by natural deduction.

In the spring the focus is on informal logic and rhetoric. We begin by confronting nihilism, skepticism, and relativism because they will inevitably come up whenever discussions turn to arguments based on experience or the art of persuasion. Flannery O’Connor’s “Good Country People” is a fun way to introduce nihilism and G.K. Chesterton’s one-page “Philosophy for the Schoolroom” is a good introduction to, and refutation of, skepticism. By this point in the year students should be able to see the flaws inherent in relativism and often enjoy doing so in class.

Following these discussions, students learn to identify informal fallacies (this is a good opportunity to incorporate Scripture again as Jesus’ opponents employ many identifiable fallacies against him and he counters them deftly, e.g. Matthew 22: 15-22 as an example of a complex question) and to evaluate inductive arguments including arguments by analogy, predictions, and inferences to the best explanation, among others. We spend a few days on old Miller Analogy Tests. Because Easter falls somewhere mid-semester, the timing is perfect to consider arguments for the historical reliability of the Resurrection accounts as examples of inductive reasoning. N.T. Wright and Gary Habermas have some great resources outlining these arguments free on-line, many of which are accessible to students at this level.

Looking at accounts of the Resurrection in Scripture, provides a segue to begin studying rhetoric and the three types of proofs Aristotle identified. Logos is easy to see throughout the Epistles. Passages such as the beginning of 1 Corinthians 2 and 1 Peter 3:15-16 are perfect for illustrating Ethos and Pathos. Considering rhetoric in this way at this time is especially interesting because the word Aristotle uses for “proof” in his Rhetoric, pisteis, shows up repeatedly in Paul’s letters where it is usually translated as “faith.” Drawing this connection helps reaffirm for students that faith is not opposed to reason.

After Easter break we continue our discussion of rhetoric and spend some time reading political editorials and watching speeches, evaluating their persuasiveness as a function of the three types of proof. We also look at articles and blog posts from Catholic and other Christian evangelists to consider whether they will be persuasive to non-Christians not already in agreement with their logic.

Finally, we end the year comparing and contrasting the mystery-solving methods of Sherlock Holmes and Father Brown. The students really enjoy this and it is a good way to keep them engaged as the year winds down.

As with everything, the Logic course is a work in progress, but so far it seems that though it is rigorous (maybe because it is), the students enjoy it and their efforts are bearing fruit in later years as they write papers and engage in debates. Our graduates report being well prepared for college and enjoy the experience of confidence and competence when faced with what might otherwise be brand new challenges.