Restoring the Catholic Historical Imagination” — my title for this paper — is itself problematic. Why should anyone want to restore an imagination of history, that 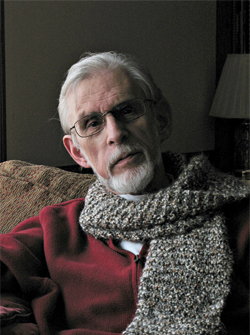 record of what J.R.R. Tolkien called “the long defeat”? At first glance, ancient history seems a recycled tale of building up and tearing down — conquest, persecution, intrigue, and betrayal. Then, modern history — often marked as beginning with the guillotine — is defined by the death camps at Auschwitz, the darkness of Hiroshima, and the mass murder that is abortion and genocide. What is there in history, if anything, that we would want to pass along to our poor children? How do we, leading our children, get out of this cycle of death and domination? Is there a way out? Can we imagine any history with a happy ending? Or do we follow the pagan imagination, expecting loss, defeat, and death, and declare: “Call no man happy until he is dead.”

The problem for parents and teachers today is the current malformation of our own and our children’s imaginations. The imagination of our time is on a wide scale formed, or malformed, by some one else’s nightmare: movies, pornography, popular fiction, music, and ideology-driven TV. We see what we have been trained to see. We image what we have been taught to image. The modern imagination is an imagining of despair and increasingly, as a people, we cannot imagine a happy ending.[restrict]

We have to be able to imagine Heaven, if we are to believe what Our Lord promised: “that we may be made worthy of the promises of Christ.” From the Old Testament we hear the promise of the Deuteronomist’s words, “And underneath are the everlasting arms.” From the Gospels come assurances spoken by Our Lord himself, “Be of good cheer; I have overcome the world”; and “Lo, I am with you always, even unto the end of the world.”

The Catholic imagination has a great tradition of images to defeat the nightmares of despair. And the telling of history from a Catholic point of view is to see that human beings are, first and foremost, religious creatures who are given, what we call in our Catholic Schools Textbook Project textbooks, opportunities in time for choosing “grace-filled” change, providential evolution, if you will. One perception builds on another. One discovery makes way for another. Each inspiration leads to a purer understanding of mankind’s destiny: begun, continued and ended in God. Catholics are preeminently the people for whom history matters.

The Catholic imagination is not a closed, political view of a social utopia with a “preferential option for the poor,” — though a free and just society is what we imagine as a Christian society. Nor is it defined by bitter polemics of Catholic isolation in America — although a bit of Catholic triumphalism is not unbecoming. Nor is it that meager view represented by collections of overly pious saints-lives and sweet devotions — though they may have grown out of the Catholic imagination.

The Catholic imagination is the good, the true and the beautiful — vast and deep — a world view that rests on two certainties: Man, as the Crown of Creation, and God, as the ever-present source of our life and hope — the natural and the supernatural. A Catholic imagination sees all events of human life as participating in the Divine plan for Creation, the providential story being told by God.

They fail us not, the ever-suffering arms,
Nor careless, drop us from the trembling stage
Despite our petty sorceries and charm.
We rest enfold in comfort not in cage,
Still underneath, the Everlasting Arms.
(From the Hymn: The Everlasting Arms)

Therefore, I want to invite you to think about history and the teaching of history not as a clinical record of the facts of the past or as meaningless events in the sequence of ages, but as a lifting of a curtain on a great drama, an invitation to step–with imagination, thought and will–into the revelation of God in human history, to lift the curtain on the greatest drama in the cosmos: Salvation history. For it was not in myth or in “Once-upon- a-time in a galaxy far, far away,” it was not in some “Land before Time,” but instead at a moment in our own, our real human history, that God took flesh in the womb of His blessed mother, Mary. Lived. Spoke. Suffered, died, and rose from death for the salvation of all mankind. In this drama of salvation history, we see the hand of God in all ages — His hand in the advances of human technology and science and in the everyday joys, sorrows, and miseries as well. In every moment of salvation history, God is present and does not abandon his special creation, made in His own image, “male and female created He them.”
To restore the Catholic historical imagination –so that students, and ourselves, can look at history as something other than nightmare and Death — we need only to call attention to God’s intervention in the human story – God’s hand in events, in society, and in our own lives – to remind ourselves and our students of the interaction of providence with the story of human achievement, courage, and creativity. Human stories become true history when told as God-stories.
How is imagination formed? Through meeting with great souls and great visions. Not by philosophy or doctrine, for the young mind is not moved by doctrine, but by images, the images of divine reality. Images of virtue, images of faith, images of love, images of Hope. An imagination that cannot see hope is an imagination of death. It is not the imagination we want for our children. The imagination of hopelessness can be, must be, transformed.

Through the story and the romance of the past we can create an imaginative grasp of the world we have been given, so that our young people will know that “underneath, are the Everlasting Arms.” “And lo, I am with you always, even unto the end of the world.”
[/restrict]